Still looking for something to do this weekend? Don't want to spend too much money? What about a cosy movie night surrounded in your loved ones arms!? We've pulled you a special movie list celebrating some of the greatest love stories ever!

Have a fantastic weekend! May it be filled with love x

The most famous love stories of all times, and probably our favourite one! A Valentine's Day classic, Titanic tells the improbable romance between Jack Dawson, a working class American boy, and London society girl, Rose DeWitt Bukater, who is sailing to Philadelphia with her snobby and heartless fiance, Caledon Hockley. This tragic love story will undeniably give you chills!

An original and refreshing romantic comedy that will make you smile from beginning to end. Taking place in beautiful Hawaii, the movie depicts the story of serial dater Harry (Sandler) whose lifestyle changes drastically when he meets the lovely Lucy (Barrymore). Yet, due to a big accident, Lucy suffers short-term memory loss. This way, Harry has to win Lucy's heart every single day and needs to remind her of their love story!

Set in India, this extraordinary movie directed by the incredibly talented Danny Boyle recalls the love story between two orphans who come Mumbai's slums. The movie starts as Jamal (Petel) is being tortured by the police for winning Who Wants to Be a Millionaire? Through flashbacks, the movie portrays how and when the young man learned the answers to all the questions asked on the show. However, one question remains unanswered... What is this young man, who seems to have absolutely no interest in money, is doing on such show...!?

This fairy tale about how a grumpy ogre meets a lovely princess (whose big secret will change their relationship forever) was a major success when it came out ... 16 years ago (already!). Watching  Shrek and Donkey on their mission to rescue princess Fiona from a fire-breathing dragon is still as amusing and will, without a doubt, make you smile all along!

Harry and Sally are like cat and dogs. After graduating from university, Sally gives him a ride back to New York. Its only five years later that they meet again  accidently  in an airport. Both have their own lives and are engaged. Five more years pass before they meet once more by chance. This time, they are both newly single, and it is during this difficult period that they finally consolidate their complicity leaving them to wonder if a friendship between a man and a woman is truly possible

Baby is on a boring family holiday when she meets the resorts dance troop professor, Johnny (Swayze). For the young shy girl that she is, this encounter marks the beginning of her emancipation as a woman. As he teaches her sensual dance moves, and as they learn to discover each other, Baby and Johnny slowly fall in love  against the wishes of her successful father. This movie rapidly became famous for its spectacular dance scenes and its iconic love story.

An American musical drama film produced and directed by Robert Wise. Based on a true story, the movie recalls the adventures of Maria, a young woman who dreams of becoming a nun when she is sent off to govern the seven children a naval officer and widower. The movie, filled with love and beautiful songs, will undoubtedly give you butterflies and will happily make you sing for a few days!

If youre ready to drop a few tears, this is the movie you want to watch this weekend! The movie tells the story of Allie Hamilton and Noah Calhoun, two young lovers that are separated by Allies parents as they disapprove of Noahs unhealthy background. As Allie and her parents move away, she awaits patiently his letters for years. However, after a few years, Allie  who is still in love with Noah  gets engaged, to the happiness of the parents, to young soldier Lon. As she is about to get married, she arranged to meet with Noah again. This triggers a difficult decision, but Allie finally decides she cant live without Noah. This beautiful film recalls a wonderful love story that will certainly make you cry a few times! 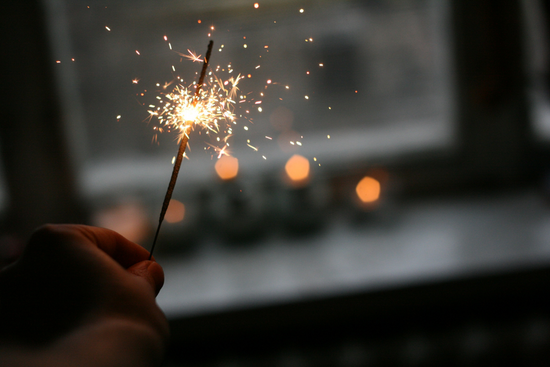 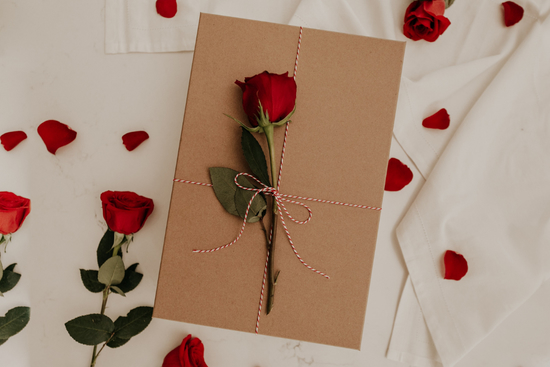 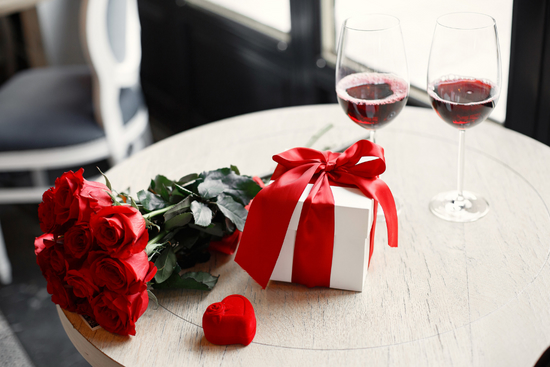 x
Thank you for subscribing to the HattonJewels Newsletter 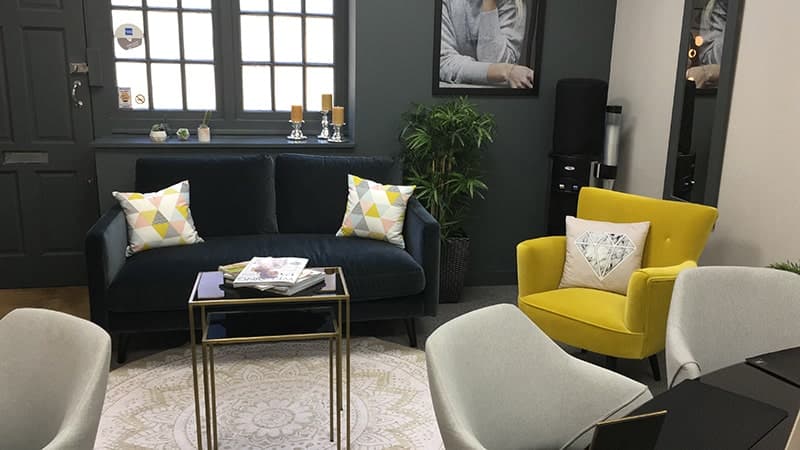 Hatton Jewels,
5 Hatton Place,
London,
EC1N 8RU
Opening Hours
Monday to Friday 9:30am to 5:30pm
We are open by appointment only:
Evening and early morning appointments available upon request.
x
Terms and conditions of sale for Hatton Jewels

These terms and conditions relate to the use of Hattonjewels.com website and any purchase from Hatton Jewels Ltd, Registration Number: 06241877, and whose Registered Office Address is 57-59 Queens Road, Buckhurst Hill, Essex, IG9 5BU

All orders for Goods shall be deemed to be an offer by the Buyer to purchase Goods pursuant to these Terms and Conditions and are subject to acceptance by Hatton Jewels Ltd. Hatton Jewels may choose not to accept an order for any reason.

Items that are manufactured from our Build Your Own Rings range are not eligible for a full refund however a life time credit note will be issued for the full value of the item. If the item you received was a special order for a non-standard ring size* or if you ordered a Bespoke Item made to order, we regret that it can only be able to return it to us if it is faulty, as it will have been specially made and cannot be resold. *Standard Rings Sizes - Ladies I - O, Gents L - V

We are confident you will be delighted with your Hatton Jewels purchase.

However, you do have the option of returning items to us within 30 days of receipt for a full refund or exchange if you decide that the item is not right for you or the goods are faulty. We regret that we cannot offer refunds or exchanges on goods that have been worn, damaged or have had any alterations by a third party. Returned items can only be accepted if they are:

Call us on 0203 116 0069 or e-mail info@hattonjewels.com within 30 days from the receipt of your purchase. We will give you a unique authorisation code which you must write on the original invoice which you need to include in the package.

Address your package to Hatton J Ltd, 5 Hatton Place, London, EC1N 8RU. For security reasons please do not write âJewelsâ anywhere on the outside of the package.

Post the parcel using the Special Delivery service available at the post office. We recommend that you obtain proof of posting. We cannot be held responsible for any items that are lost in transit.

Once your package has been received by Hatton Jewels Ltd it will be assessed to verify that the item has been returned in the original condition. Once verified a full refund or exchange will then be issued.

Every effort is made to deliver your purchase as swiftly as possible. You will be sent a confirmation of delivery date at the time your order is confirmed.

For items that are in stock we aim to deliver to you within 5-7 days. If we cannot deliver within the agreed time we will notify you immediately and with your agreement arrange an alternative date. Items listed under 'Express Delivery' are items which are currently in stock and can be delivered within 5-7 days. Depending on the rate at which the payment clears, we might be able to deliver it to you sooner.

All items dispatched are fully covered by insurance whilst in transit, and must be signed for on delivery. At this point they become the property of the purchaser and our insurance no longer applies. Please be satisfied that the parcel has in no way been tampered with in transit before accepting delivery.

Hatton Jewels Ltd shall not be liable for any delay or failure to perform any of its obligations or promises if the delay or failure results from events or circumstances outside its reasonable control.

Whilst we make every attempt to ensure that our online catalogue is as accurate as possible errors can occur. Prices are subject to change without notice and will be confirmed upon receipt of your order. We may alter images for presentation purposes. Colour and size may vary slightly due to different monitors.

If a product is not in stock and we are able to replicate it, this does not apply to antique pieces, Hatton Jewels guarantee the carat weight listed on the product as minimum and guarantee the same quality of gemstone, metal and workmanship for the order placed.

All Hatton Jewels handmade pieces come complete with a lifetime manufacturerâs warranty that covers any manufacturing defects and any necessary repair will be conducted free of charge under the following terms and conditions:

In order to ensure all stones are secure within your piece we advise having your piece checked by a jeweller at regular intervals.

All repairs on jewellery that has not been purchased through Hatton Jewels are completed at the customerâs risk. We will guarantee the specific work we complete for 1 year.

If you have a complaint or concern please contact: